As part of our collaboration with the International Committee of the Red Cross (ICRC), we'll be handing out the Health Care in Danger Special Award to one of the entries in the Make Arma Not War contest. Given to the entry which covers the topic of ‘health care in danger’ the best, the winner(s) will go on a one-week trip to an ICRC mission in a foreign country, organized by the ICRC. To find out a bit more about the ICRC organization and their Health Care in Danger campaign, we interviewed the head of the ICRC's international humanitarian law and video games project, Christian Rouffaer – who also happens to be one of the Make Arma Not War judges.

Please share with the audience a little about yourself: What is your background? What is your function at the ICRC? What projects are you working on? 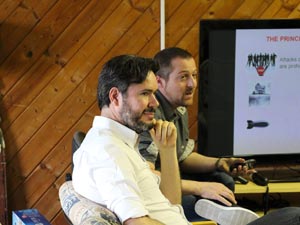 I joined the ICRC in June 2001, after being part of the Swiss army for a few years. The military experience gained was generally a good asset for the work we do at the ICRC, especially in dialogue with members of the armed forces or police force. I have participated in different mission for instance, in Afghanistan, Yemen, Darfur, Myanmar, the Ivory Coast, South Sudan, and a few countries in the Horn of Africa. The nature of my work over the years has involved different specific activities i.e. visiting detainees, delivering food assistance to vulnerable populace affected by a conflict, assuring the proper delivery of health-care services and efforts in the promotion of International Humanitarian Law (Law of war). It’s since 2011, that I’ve been in charge of the ICRC’s video games project which includes among others the production of new training tools in partnership with Bohemia Interactive.

Further information on the ICRC video game project can be found in the description below:
http://www.icrc.org/eng/resources/documents/film/2013/09-28-ihl-video-games.htm

What’s your relation with the video games platform and do you have any favourite?

I developed a dynamic attention to videogames (as a gamer) from the age of 14, about 27 years ago now. I started with the Commodore 64, then an AMIGA 500, until I switched to a PC. Console games were not really part of my video gaming interests as I mostly preferred playing strategy and simulation games, for example: RPGI, MMOs (Ultima Online, Acheron Call (pvp server), Everquest and Eve Online. This involvement and experience reinforces my belief that today I can positively share some expertise on video gaming.

What does the International Committee of the Red Cross (ICRC) stand for? 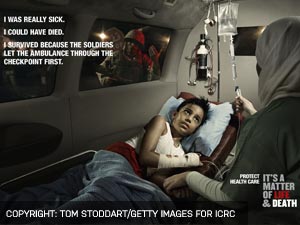 The International Committee of the Red Cross is a neutral and independent humanitarian organization that works worldwide to provide humanitarian help for people affected by armed conflict/violence and to promote the laws that protect victims of war. It was founded as a result of the work of Henry Dunant, a Swiss, at the battle of Solferino (1859), where thousands of wounded French, Austrian and Italian soldiers were left without adequate medical care. His work and inspiration led to the adoption of the Geneva Conventions, laying out rules to protect wounded soldiers and medics.

We have large-scale humanitarian operations around the world – in Syria, Afghanistan, Congo-Kinshasa, Somalia, South Sudan, Iraq, Mali and elsewhere. We also play an important role as guardian and promoter of international humanitarian law, seeking to limit the effects of armed conflict, protecting people who are not or no longer, participating in the hostilities and restricting the means and methods of warfare.

Given the ICRC mandate in promoting respect of IHL and universal humanitarian principles, the development of these games is clearly of interest to the organization. The International Red Cross and Red Crescent Movement has publicly stated its interest in the implications of video games that simulate real-war situations and the opportunities that such games represent for the spread of IHL knowledge. We are interested in issues relating to videogames simulating warfare because players can face choices just like on a real battlefield. For instance, some video games already take into account how real-life military personnel are trained to behave in conflict situations. The ICRC believes there is a place for IHL in video games.

Further information on ICRC and IHL key rules can be found in the description below:
http://www.icrc.org/eng/what-we-do/building-respect-ihl

Can you explain a bit further the collaboration between the ICRC and Bohemia Interactive? 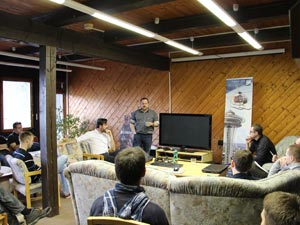 In Mid-2011, the ICRC submitted a communication to a large number of video-game companies whose objectives involve the development of realistic shooting games. With a positive response from Bohemia Interactive I decided to travel to Prague in early 2012 and met Ivan Buchta (BI Creative Director). Since then we have kept a close collaboration regarding Arma 3 and humanitarian law key rules. We have discussed relevant topics such as the use of protective emblems (Bohemia Interactive decided to use the red crystal in its games) and how certain rules could be incorporated into the games to make them more authentic. It was considered that games in which players are not challenged to take tricky decisions - should I use artillery in this town, or a sniper/gun? - won’t keep its audience attracted for a long time. Our goal is to provide innovative and stimulating tools to new games, and not turning them into academic lectures.

How familiar are you with Arma?

The core of the partnership between the ICRC and Bohemia Interactive is the use of Arma 3 with the purpose to create new training videos for our delegates working on the promotion and respect for the law in the field. As you know, a single image or 10 seconds footage can explain a situation better than 10 pages of text. With Arma 3, the ICRC is able to turn complex cases of legal terms into student-friendly teaching material. Basic legal concepts such as proportionality and distinction are presented in the form of high-impact video clips that even an uninformed person would recognize. Since I’m spending at least six hours a day working (or ‘playing’) with Arma 3, I developed a great knowledge on what an entire game mod or even a single vehicle requires in terms of personal investment and skills. 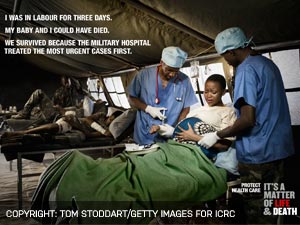 “Health Care in Danger” is a campaign launched by the ICRC in 2011, addressing the current violence against the health care sector. The aim is to make the delivery of health-care services in armed conflict and other emergencies safer. There is an uprising of illegal and violent acts that impede or prevent health care delivery. These range from direct attacks on patients, medical staff and health-care facilities and medical transports to denial of access to and forced entry and looting of health care facilities. For the last two years we mobilized a wide-range of experts, including military members to work on practical solutions to improve the safety of health care, for instance a way to fast track ambulances at military check-points or measures that guarantee that patients are treated impartially. The Health Care in Danger Special Award is a way to create this change in the virtual reality and hopefully one day it appears in the real world. 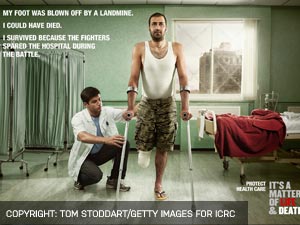 As Arma 3 is a combat simulation and most of the mods focus on bringing more “kinetic” and “armoured” elements into the game. The organizers of the Make Arma Not War contest would like to see a game mod where medevac procedures are more complex. I.e. Someone Can create a game mod where providing first-aid to a wounded enemy would be rewarded (maybe a delayed response for the wounded individual). Another example is that 3D modelling experts could create hospitals, ambulances, medical personnel and equipment that other players and mission builders can use to enrich their gameplay. Lastly, the same mission builders could highlight the role of combat medics and medevac teams on the battlefield. We believe that you can get inspiration from many real-life stories from past and present conflicts.

You will be representing the ICRC as a jury at the Make Arma Not War award. What are your expectations as a judge?

I do not actually have specific expectation outside the health-care-in-danger part of the competition. As an Arma fan, I would be looking for participants to surprise me with a unique sense of innovation, adding little details that make the game even more challenging and demanding: for example cluster munitions detonating long after they were dropped (like in reality), or the appearance of civilians in different locations; or losing points because the player destroyed a building that blocked his/her target, and ended up being a hospital. This would create a sense of limits and better practices.

When I see what people created for Arma 1, 2 and 3, I know there are no limits therefore as a judge; I also look for a fun factor, just like anybody else.

What would the future winner receive as the HCiD award?

As part of the HCiD award initiative. The winner will travel for a one-week trip to an ICRC mission abroad. There are several options to work on this matter. Firstly, if it’s a trip in the “field”, the winner might join ICRC staff in their different activities i.e. distributing aid items to people in need, supporting an operation on the reunification of family members that fled from fighting. Other possible options would be accompanying a medical team that provides health-care to the wounded or attending an event addressing weapon-bearers on the promotion of IHL. Finally a visit to the ICRC for a close look at our work in virtual reality simulation could be another possibility. Anyone invited to visit an ICRC mission will be required to follow the strict rules on staff security in the field and live in the same conditions as ICRC staff. We require the winner to accept the risks inherent in travelling in conflict areas. Of course, accompanying delegates on a mission is not compulsory.

Owing to the nature of our work, we cannot guaranty yet exactly what activities would be involved as part of this award.

If you want to know more about international humanitarian law, you can visit our website. (Basic knowledge of the law will definitely help you create an authentic war game). You can learn more about the HCiD campaign on www.healthcareindanger.org. We also posted some photos and video from Somalia, Central African Republic, Syria and some other countries that faced this issue.
http://www.icrc.org/eng/resources/documents/article/review-2012/irrc-886-clarke-rouffaer-senechaud.htm

Thanks Christian and his amazing colleagues at the ICRC for this opportunity!

If you want to know more about the Health Care in Danger campaign, be sure to visit www.healthcareindanger.org and follow @HCIDproject on Twitter!