I've been working on creating missions for Bohemia Interactive games since 2003. Shortly after my start, I was lucky enough to meet some great people in the community, especially LuckyM. As it turned out, he had a major impact on my future creations. We founded Sarge studio in the beginning of 2004 and created six more or less major projects. From the current crew working on Deliverance, I'm the only one who remembers the beginnings of Sarge studio. We remained loyal to working on what we think we do best: story-based missions with a movie-like atmosphere.

Deliverance is a singleplayer campaign, where we were not only trying to achieve enjoyable gamplay, but to evoke some feelings and thoughts to take away. Our focus was to deliver a message about how senseless the segregation of people, based on their skin color (or anything else), is, and how deeply this behavior is coded in us. Even though it might be suppressed, but it still lurks inside of us and a minor impulse is enough for it to appear on the surface. The player has the opportunity to view the conflict from more than one perspective. He will know what the motivations are for each main character and that the world isn't as black and white as it may first appear. Maybe the person in his cross-hairs is also a human being with his own motives and reasons, maybe his motives and reasons aren't that wrong after all. 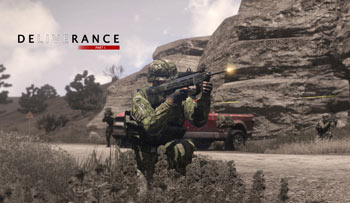 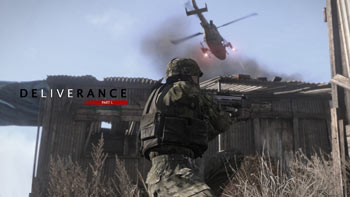 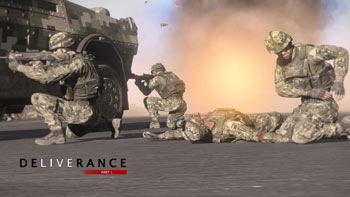 I had several sources of inspiration. The idea of showing the conflict from two sides came as a necessity, as it enabled us to divide the work between two designers, so that we can work simultaneously and not to get in each other ways. The thought to implement racist views in the game came from the movie Butler, where I realized how segregation based on skin color was outdated and is just a relic of the past, even though this was taking place only a couple of decades ago. I quite often use the problematic coexistence of Roma and Czechs to explain my thoughts to other teammates. Many scenes, conversations and personalities of the characters were based mainly on real life experiences which I combined accordingly. For example, the character of Angel is very similar to a colleague of mine from work, who is also nicknamed Angel and who really stopped in a bar for a drink with the urn of his brother's remains, except he didn't leave him there :). I could go on like this for a long time. I think that sometimes there is no point to think and combine senseless ideas, when everyday life is so full and rich on stories and characters. 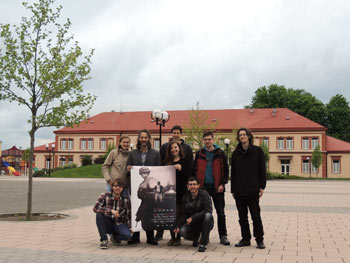 I can safely say that this was the most challenging project development-wise we ever faced. The development itself was a little bit like a script for a B-rated movie. Even though we stumbled across problems and were behind schedule, we were able to publish the mission in the nick of time. After the release of part one, it looked like a happy ending and the votes were coming in to get us into the top 20. But then my computer broke, we were short on time to complete part two and uploading the final version after a sleepless night around 5:00 am on the last day on top of it. 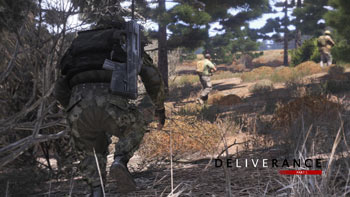 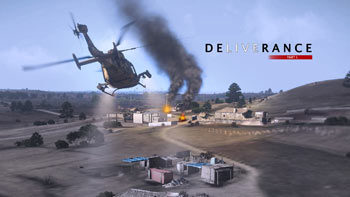 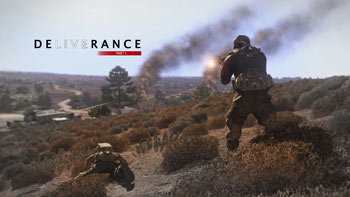 We are of course most proud of our placement in the competition. At the beginning of the project we set our goal and thought that it would be fantastic to get into the top 20. However, after the votes were coming in and we made it to 5th place, I was hoping to achieve even more. And so it was.

Furthermore, we are proud that we achieved our goal to communicate a message to the community through Deliverance and that the response was positive. To have an idea or thought is just half of the success and you have to find a way to deliver it, which isn't always easy, but I think we got it right. 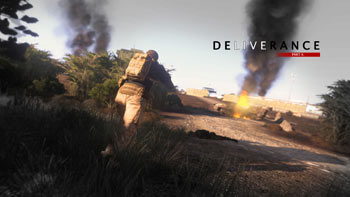 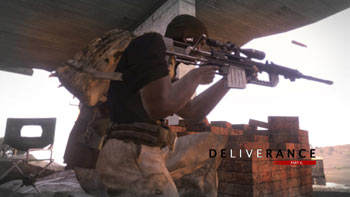 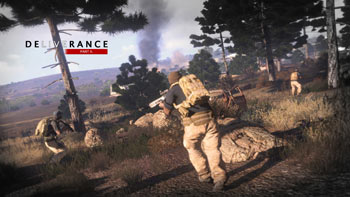 What next? I still think I have enough ideas, thoughts and stories I would like to share. However, I'm unable to say at this point how I'm going to do it and when it's going to happen. One of our team rules is that we only announce our projects shortly before releasing them, so therefore we have nothing to inform you about right now.

Every new update release for the game is kind of a commemorative moment in finding out what has changed in the game, what suddenly doesn't work and how it affects our campaign. Because we strongly rely on scripted scenes with great attention to detail, even a minor change could have had a major impact on the overall gaming experience. But definitively the most unforgettable moment was when the update was released, and it changed two locations on the island. Unfortunately, one of the locations was a beautiful rocky place which was changed to an abandoned hotel, where originally the letter from Esther was read by the hero. This was where we had our first sequence. The realization that the camera went through walls of a house, which wasn't there before, was truly unforgettable.