I’m a freelance interaction designer from Auckland, NZ. I grew up in the North of England and moved here around twelve years ago. I enjoy games with a bit of sci-fi sprinkled in and back in the day this was either Freelancer or Battlefield 2142. I’m a follower of the Arma series since the DayZ mod. I also play airsoft and probably drink too much coffee.

It’s a creative, chaotic and frequently explosive arena-based vehicle combat sandbox. Players construct customized armoured vehicles by attaching weapons and modules to it, then battle against opponents in designated combat zones. It’s been referred to as a demolition derby, but there is as much a focus on construction as destruction. 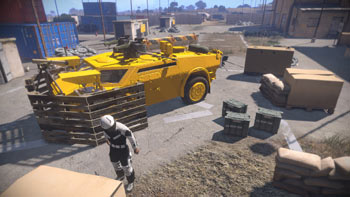 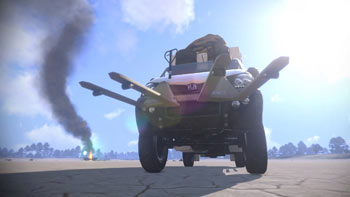 Prior to the competition I hadn’t touched anything related to Arma development, so the roots actually stretch back to my first experiments with scripting commands like attachTo. I wouldn’t say I actually sat down at any point and decided to make Twisted Metal in Arma 3, but as one of the first games I played online with the PlayStation One it has no doubt had an influence. As one of my first real projects in Arma 3, the real motivator was — and continues to be — just experimenting and pushing boundaries. The first few iterations there was no save option, vehicles would spontaneously combust and you had to build your vehicle where other players could still shoot you.

It was with the addition of the workshop that the mod got taken to an entirely different level and the conceptual strength of it — despite its limited technical resolution — really began to feel like it was worthy of submitting to the contest. With testing I was aided by a fantastic group of friends who had the enthusiasm to continually break it, find bugs and provide feedback. The game mode evolved extremely rapidly because I could work on new features on weeknights and then get insight at the weekend during what was our normal gaming sessions. In many respects I’d say what fuelled a lot of the design decisions was in crafting an experience that, for us at least, became a refreshing break from the infantry-orientated serious combat that has become a safe staple for many Arma 3 mods. 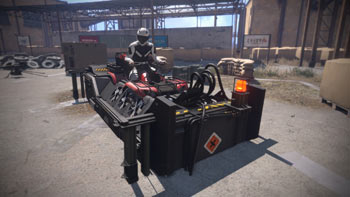 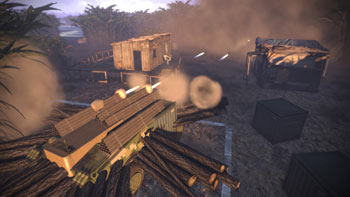 This is my first publicly released mod, so it is just extremely humbling to see it highlighted alongside some of the top multiplayer content for ARMA 3; next to mods that are significantly more ingrained, recognized and played in the community. I also see a lot of mil-sim orientated players who tend to be hesitant to try a game mode that offers flying go karts and cloaking trucks, so it is very fulfilling to hear that many of them absolutely love it because of the fact it is at such a tangent to what they are used to playing. It’s great to deliver something that suits all tastes but it’s also inspiring as a creator to break a player’s preconceptions by enjoying something they didn’t think they would. 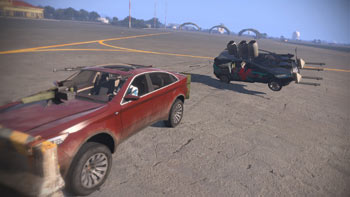 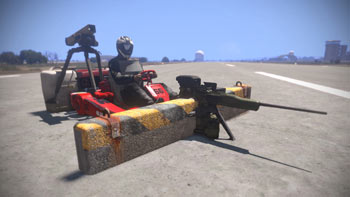 The resolution of the mod has progressed significantly since the original release and it’s far more stable than it ever was. Melee combat was recently added and two heavily requested features — a race mode and AI ‘boss events’ are in the pipeline which will help to diversify engagements significantly. Many people comment on how great it is that it’s just a mission file, but in the long-term I’m also seeking dedicated assets for all the items as with the recent changes to the workshop, mod content is more accessible now than ever.