I've been a PC gamer from a very young age, starting with the now-classic DOS games on the 386 machine. To my younger self the discovery of how “games were made” were just as important as how “babies were made” to any other child. I started programming very early with the intent to make games and I did make some, more and more complex each time, and then I played them with friends, improved them based on their feedback and my vision. Unfortunately, I didn't have many connections with the more serious programmers and I was already beyond what school was teaching us in computer science. Thus I remained an amateur programmer for a long time, later on I was modding some games and created a rather popular mod for a German game “Clonk” until the internet became widespread and I went into web-development.

I was familiar with Operation Flashpoint from its release, but never seriously got into the game or its scripting, even though it was most interesting to me. I also tried Arma 1 and Arma 2, but never really got too much into these games either. A turning point for me was Arma 2 Free where I first decided to try multiplayer and I was instantly hooked, spending many hours in Xeno's Domination 2 and Evolution FFA: RED by WINSE. Then I bought Operation Arrowhead, experienced DayZ from its very first days and then randomly joined Tonic's Wasteland. I was having a blast with it and then I thought "I can make it better" and decided I’d start to learn scripting. Making Wasteland and running servers with help of the ARMA2.RU community system administrator MiB he then led me to Inch, Network Engineer and Benefactor, I then met BobbyDigital, Creator of the “Hostile Takeover” community who are key people in the development of King of the Hill. 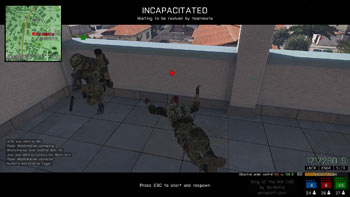 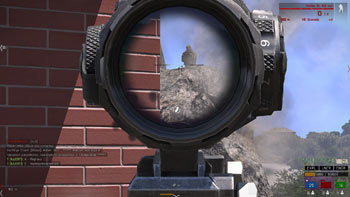 King of the Hill is a fast paced Player vs. Player orientated co-operative sector control mission. There are three teams that fight over an objective, in-order to control the area and then win the round. King of the Hill utilises almost all of Arma 3s’ entire arsenal in a unique manner which allows players to progress through our persistent ranking system. All of your actions are rewarded with in-game experience points, which increase your level and open up access to more advanced equipment and perks. The money that you earn can be spent on new weapons, attachments and vehicles. Limited availability and gradual access to more features add value to assets that you bought with your hard-earned in-game money, as well as making you value your virtual soldier's life. Complex reward system provides good motivation to be team player because you're rewarded for actions such as sharing your First Aid Kits with teammates, providing fire support which results in all involved players getting reward from killed enemy players or vehicles, transporting teammates to the objective, and others.

Where did the idea come from? How did it start, and what did you use as inspiration?

King of the Hill started from BobbyDigital's Editor-crafted team deathmatch mission which consisted of two teams with access to Tonic's Virtual Ammobox System fragging each other in 300x300 meters area until the mission ended. This was rather popular amongst the Hostile Takeover community, BobbyDigital wanted to improve it and asked me for help. We started brainstorming ideas for something bigger, the idea went through many iterations taking inspiration from other FPS games and popular Arma TvT missions like kju's PvPscene AAS and Blitzkrieg. For the sake of originality and simplicity we decided to have a single capture point and call it "King of the Hill". 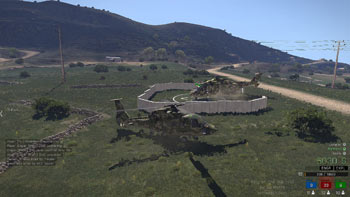 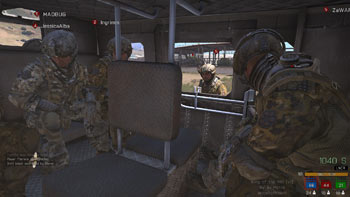 Can you tell us a bit more about the development process?

While I was busy with Arma 3 Wasteland, BobbyDigital went ahead and started prototyping it in the Mission Editor, finding pre-made scripts, mashing it all together, testing and experimenting until it worked. Alas it did, the mission quickly became very popular and attracted lots of players, got noticed by several YouTubers, it then became even more popular. BobbyDigital then reached out to me and asked me to handle the more advanced implementation of the scripts. Our ideas went through review, gameplay mechanics were refined, more ideas and features were added. One of the main goals of the continued redevelopment was to replace the original King of the Hills’ mouse wheel action menus with new functional menus and UI elements to improve usability and visual appeal. Making a good UI requires a lot of thinking beforehand, you need to consider all possible UI states and take all possible content combinations into account. This requires prototyping and even sketching up before actually implementing it in the game. 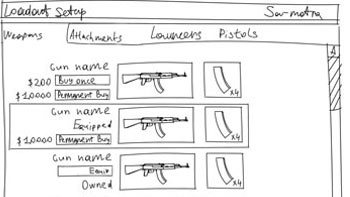 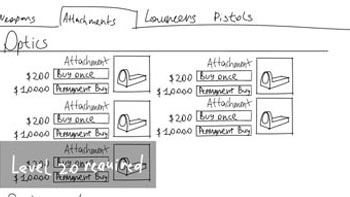 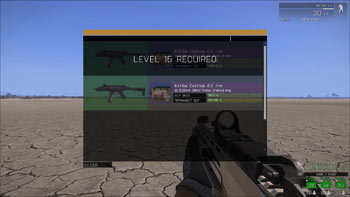 Another change from the original King of the Hill was our appearance system. Instead of letting players buy individual uniforms, vests or helmets we decided to use sets of pre-made loadouts for each side which let players see right away what they’d look like in the game. However, just having a good idea or knowing how to program scripts is not enough, King of the Hill's success is heavily due to proper administration work by Inch through maintaining servers, website, forums, bug tracker, constantly monitoring logs and keeping all our hosts with up to date ban lists, communicating with subordinate server and community admins, keeping track of all our servers to make sure end user gets the best possible experience. Our organized approach to design, implementation, plus our previous experience with the Arma engine and active administration resulted in a mission that was stable and playable from the very first version, and its popularity grew even more so than the original Mission Editor-crafted version. 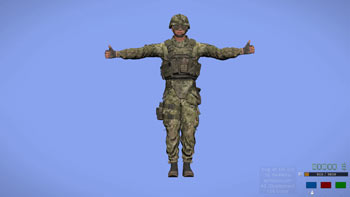 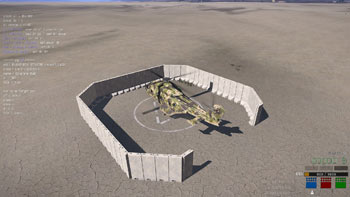 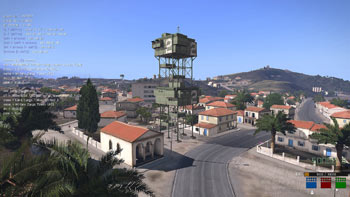 What we consider an innovation in Arma multiplayer missions is the reward system, which rewards players for as many actions as possible. It keeps track of who shot what player or vehicle and if the damage was significant enough to award a player a kill assist or even consider them the primary source of the player's death or the vehicle destruction. A typical problem in multiplayer missions where you’d shoot down a helicopter, is that it crashes with no recognition given to you. This was solved in King of the Hill because of the aforementioned system.

King of the Hill keeps developing and we have lots of new features planned. To name a few,

That’s not everything, we also keep developing our Wasteland mission which was recently ported onto the Chernarus map with RHS and HLC addon packs, for an even more in-depth sandbox environment. We also developed our own launcher to let players easily download everything that's required to play on modded server. Plus, there are other projects that we're not ready to announce yet.

Sneaking into an enemy base in Wasteland, crawling under the cars and hearing enemy players talk before the main attack on the base begins.