For many years, I‘ve been working as a bookseller in a small seaside town on the South Coast of England, where I live with my wonderful wife. Having recently graduated from university with a degree in Literature and Classical Studies, I am now investing more time in creating content for the Arma 3 community – my real passion, next to poetry, history and anti-war campaigning.

Resist is a personal attempt to expand the Arma 3 universe, developing the East Wind campaign in a seamless and exciting manner. The narrative centres on Corporal Coleridge, a member of Task Force Aegis who is forced to take up arms against the combined might of the AAF and their CSAT allies. 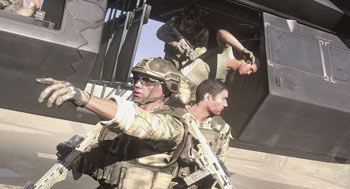 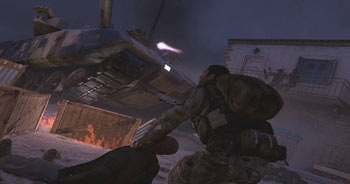 The concept for Resist evolved from ‘Road’s End’, a short scenario I’d been working on when the MANW contest was announced. Obviously, my main source of inspiration came from the East Wind campaign itself, but I also had a series of preconceived scenes I wanted to create, stemming from war movies I’d seen as a kid. The battle at Selakano in ‘Options None’ for instance, was a modern homage to Zulu and Saving Private Ryan. I did a fair bit of reading on future warfare too, which provided me with some interesting material, particularly when it came to implementing military terms and phraseology.

Regarding the development process, each mission started with a script that I’d forward to the composer and every voice actor involved. Next, the project’s stringtable would be updated with translations from English and ‘set piece’ compositions would begin taking shape in the editor. Finally, I’d write the relevant scripts and slowly put all the pieces of the puzzle together – leaving only some intense playtesting. 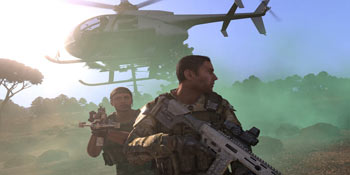 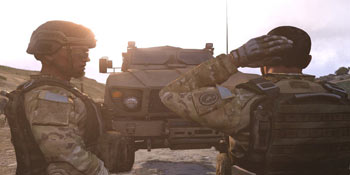 The team and this community – without a doubt! I was lucky to have worked with some fantastic and extremely talented voice actors like Michael Potok, Corey LeVier, and Matt Haynes, as well as an incredible composer, Valtteri Harju, who dutifully strived to capture the feel of Arma’s soundtrack. I’m also really pleased with the project’s localisation, orchestrated by Alan Orman. He coordinated the translation of Resist into eight different languages – no mean feat!

First and foremost, the conclusion of Resist. The final episode, ‘Judgement Night’, is almost complete. After that, it’s just a question of optimising the scripts and compiling everything into a neat, downloadable file, featuring some new uniforms, faces, items, and possibly animations too. As soon as that’s done, let’s just say I intend to look at things from a fresh, hexagonal perspective...

Aside from the thrill of being a contest winner? This morning, when I realised I’m fast approaching 10,000 hours of play time in Arma 3!