I was born in 1986 in what was then the Soviet State of Ukraine. Until I was nine I lived in Russia, at which point I moved with my family to The Netherlands. Here I studied Aerospace Engineering and now work in the space industry as a software developer. When I was 15, I bought a copy of PC Gamer which had the demo of Operation Flashpoint included on the CD. A few years later, the possibilities of modding this masterpiece of a game gave the opportunity to fully exercise one’s artistic desires, and I’ve been stuck in this world ever since.

RHS: Escalation pits the world’s superpowers (United States of America and Russian Federation) against each other. Our main goal is to represent both sides of the conflict as accurately as possible in every respect. The users will find a lot of new content, features and already some missions to play. We also don’t just want to make things we need, but provide enough content for the extremely talented mission makers out there. 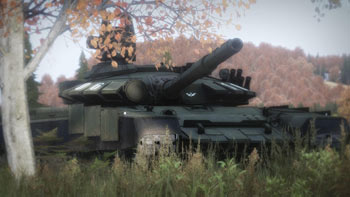 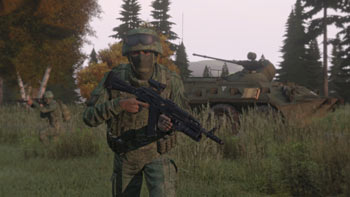 Red Hammer Studios officially began its existence 12 years ago. Escalation, as a project, is the culmination of all those years of hard work. At first we worked primarily on highly detailed addon packs, and when we felt like we'd made enough content we decided to make RHS: Armed Forces of the Russian Federation for Arma 2. For the next instalment of the game, we went ahead and expanded to include a worthy opponent, to provide a full scale two-sided conflict scenario in the spirit of Operation Flashpoint: Cold War Crisis.

We’ve been constantly trying to improve our development process to keep up with the constant rise in expectations of our fans. For the most part we try to operate as a real development studio. We build our own tools, review each other’s work and delegate tasks to members best suited for the job. 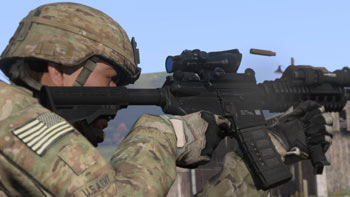 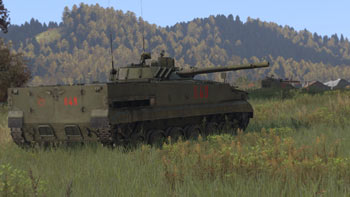 Personally, I’m most proud of my team. It’s very heart-warming to see, and experience first-hand, such a talented, highly motivated, multicultural and diverse team working so well together. They constantly strive for perfection and expand their knowledge and skills on a daily basis. In the spirit of the Arma community they also embraced sharing knowledge with other creators through videos and consultation on workflow improvements.

We plan to keep steaming ahead! There is so much more we want to do in the scope of Escalation that it would be crazy to try to list it all.

The moment I received my first copy of Objektiv2 (now known as Object Builder). Back in 2004/5 you had to qualify as an addon maker, sign a non-disclosure agreement and a contract, send them by post and then wait for a month to be able to get it.