I am a programmer at my day job. My work is related to developing the server parts for online systems. In my free time I love playing Arma 3 and I spend time prototyping things with Unreal Engine 4.

I’m married, and my wife was often complaining to me during TFAR‘s development: “you are playing this game in all of your free time!”. However, after TFAR became a finalist, she never said anything bad about my hobby :) 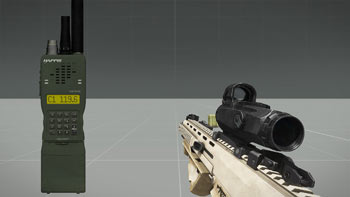 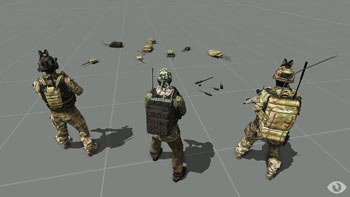 Task Force Arrowhead Radio is created to replace the vanilla VON system, adding some immersion and atmosphere to gameplay by providing 3D voice positioning and radio simulation. TeamSpeak is used for the VOIP system.

In many post-USSR countries, Arma is played in a bit of a different way. In most cases, it is a huge PvP battle with up to 130 players and a high level of in-team coordination and without respawn. So, when you have 70 players in your team, it is not possible to use some regular VOIP for communication.

I started playing with the arma3.ru community (big game every Sunday) – there was some radio system used by them, but it wouldn’t work as expected for me every time. Also we had only a client part of it.

So, for the training of my squad (Task Force Arrowhead), I started doing some little things in this direction - a small plugin with radio effect at first, then some easy integration with the game. And step by step, after some time (about six months), I got a working solution.

At the same time another popular Arma 3 community (Weekly Open Games) started to conduct games – but without a radio mod, and then we found each other.

One day I decided to release a modification for the public and received very positive feedback. While the mod is open source, I started receiving the first pull requests from contributors, and some of them are in the main TFAR team now. 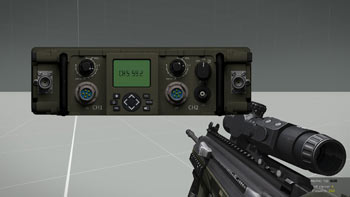 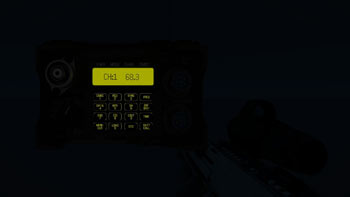 Of course, it is the community of users. Currently, TFAR is used in more than 600 servers; my tracking software has registered more than 30.000 different players. So, I am really happy people love the mod and use it.

I am also proud of the contributors – they’ve done a lot of work for the mod.

And of course I am proud of winning MANW and I’m very happy Bohemia decided to launch such an outstanding project.

The main plans are: retransmitters, optional inbuilt VOIP client (probably JVON by Nou), radios for Russians, ACE3 integration, spatial audio enhancements and other stuff. So, after winning MANW, the mod will continue to be developed and supported.

As I as said before, we are playing huge PvP without respawns. So killing your mates is a really bad thing. A victim is required to wait more than an hour (or even a week) for the next game session. So… it was in the old times - OPFOR didn’t have their own sniper rifle yet. And in one of my first big games I was camping in the field – and there were two Iranian guys. I was looking at them and thinking – ok, I have an EBR, I am American, they are enemies, good bye. While I was looking for their still alive friends, I noticed my hand in Iran uniform – Nooo! I killed two friendly guys!

I jumped from the chair and started running around my apartment in a crazy rush. And after a few minutes I decided to kill myself. And I did. In the game, of course :)