My name is Maxim Lakomskiy and I’m 22 years old. Mod-making is my long-standing hobby. I started many years ago with the creation of maps for Warcraft 3 and adding car models to GTA: Vice City. My latest projects were created for S.T.A.L.K.E.R., Fallout and Arma. I'm a fan of sci-fi and post-apocalyptic literature, and also I‘m an aspiring writer, preparing for the publication of my own series of science fiction novels in Russian. In real life, I love Airsoft, laser tag and other tactical team games.

Twilight Onslaught features post-apocalyptic co-operative all-out warfare. Throughout this absolutely unique type of multiplayer mission, players find themselves at the heart of a global conflict, taking place in the open Mediterranean world of Altis. Special Forces soldiers perform a variety of tasks, each of which has a direct impact on the game events, thus providing non-linear gameplay and lots of replayability with different playthrough variants - the players themselves choose the strategy and tactics for the combat operations. 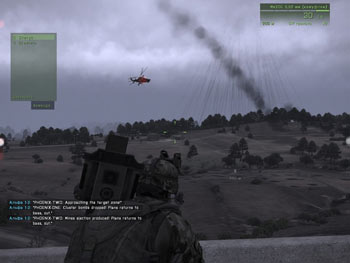 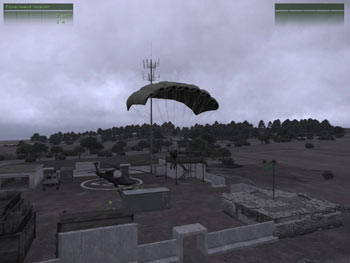 My contest work was inspired by the original game. Arma 3’s development team created an excellent military sandbox with great potential for further development, and I have tried to present my own vision on how to unleash the potential of this platform - to create fast and addictive gameplay elements with simulated combat. The development process was easy and fast for me. Creation of the mission, scripting and balancing took me about 1.5 months. A lot of scripted things in Arma 3 were significantly simplified, which greatly reduced development time. Thus, at the beginning of the contest the mission was already fully prepared and sent on the first day (in my time zone it was late evening). A little later, I found some bugs and had to release a small update that successfully fixed them.

Most of all I'm proud of the general idea: the players perform different objectives, which have real consequences on the state of the overall battlefield. It allows players to feel like real soldiers in the midst of a full-scale war. Also, Twilight Onslaught provides a huge number of unique scripted events to create inimitable dynamic battles thanks to the use of different types of real-time support. 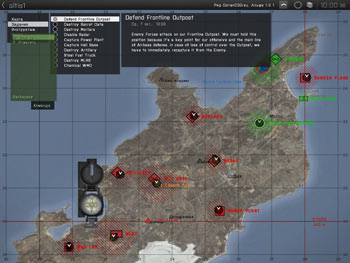 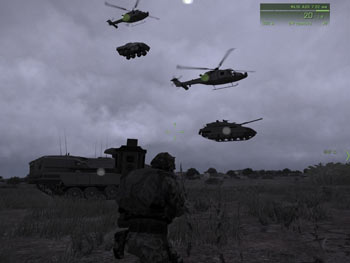 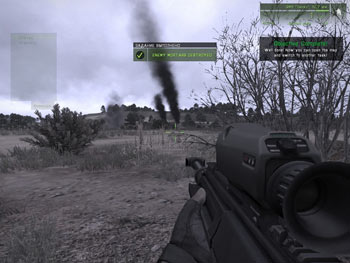 For many years, I cherish a dream to get into game development, create my own projects, and to bring something new to the world of video games. This contest was a great chance for me to show my skills on the world stage, and my victory in it proved that my view of the further development of the gaming industry has real prospects, as evaluated by a team of professionals. In the future, I plan to do more serious products. I hope one day to see my own name in the credits of some AAA-games. 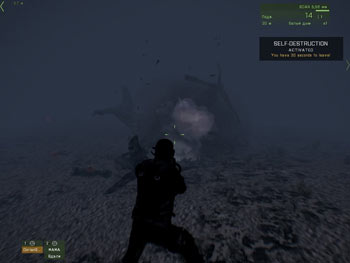 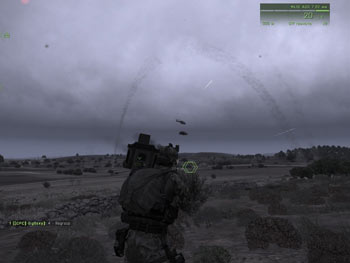 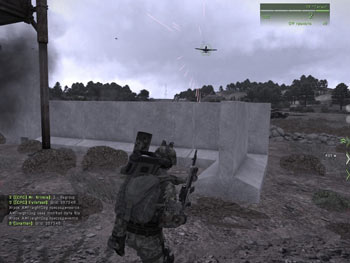 My introduction with the series began with Operation Flashpoint (today - Arma: Cold War Assault), but the most remarkable moment was when I was playing Arma 2 Free for the first time in 2011. It was a custom multiplayer scenario with about 5-7 players on the server. My task was to destroy an enemy MLRS, but my soldier did not have heavy weapons. In the team chat, I asked other players to support me. Laying in the grass, looking through the weapon sights at my target, I waited. I expected that the other player would come to me with a rocket launcher or something like that, but after a couple of minutes, a C-130 flew over and dropped me a tank. It was amazing. I had not seen this anywhere else before. Using the supplied tank, I destroyed the guards of the MLRS, but did not blew up the MLRS itself. Using the tank’s machinegun, I was able to kill the MLRS crew through its windows. After that, I climbed into the empty vehicle, took the place of the gunner, and with the help of its missiles, I destroyed all other enemies on the map. Then I realized: this is it. The possibilities. This game has a future. And I wanted to be a part of it.